Tom Neave enjoyed a solid start to his 2022 Bennetts British Superbike Championship campaign, with Round 1 taking place over the Easter weekend at Silverstone’s National Circuit, where the reigning National Superstock Champion scored BSB championship points in all three races.

With an impressive performance in Race 1 aboard the Honda CBR1000RR-R Fireblade SP, Tom battled in a group of experienced riders including three-time BSB champion Josh Brookes, and 2013 WSBK champion Tom Sykes. Starting from 24th on the grid Tom rode a careful race and it wasn’t long before he started to move up the field to eventually come home 15th, collecting one championship point.

Sunday’s races were slighter longer compared to Saturday’s 24-lap race at the 1.64-mile circuit, but taking it all in his stride the BSB rookie placed higher in both Race 2 and 3, finishing 14th and 12th respectively. Throughout both races Tom was again in the mix with Brookes, Sykes and Leon Haslam, gaining invaluable experience in the group across the 30-lap races, where in the final race of the day Tom crossed the line ahead of two BSB champions (Brookes and Haslam), and two World champions (Sykes and Danny Kent).

Not having set any goals ahead of the weekend, with such a strong field in BSB this season, Tom surpassed any expectations he had coming into the weekend, finishing all three races in point scoring positions, while reducing the overall time to the leader in each race.

Tom and the Honda Racing UK team now look forward to an official BSB test this Thursday (21 April) at Oulton Park, in preparation for Round 2 which takes place over the May Bank Holiday weekend, 30 April – 2 May. 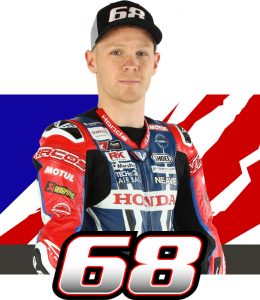 I really don’t know where to start, it’s been an unbelievable weekend, I’ve hit all my goals and expectations I had of Superbike racing, I’ve actually exceeded them a little. Qualifying on Saturday didn’t quite go to plan, and being a realist, if I could gain four or five places in the race then it would be a good result, as I hadn’t been below 19th in any practice. So to finish that race, 15th, improve my fastest lap time here and to hunt down a BSB and WSBK champ I was buzzing! Sitting behind Josh [Brookes], Tom [Sykes] and Leon [Haslam] for some laps, not only did I learn so much from them, but also in myself and where I can be stronger than them. I followed them in Race 2 and wasn’t able to pass, but to be able to pick them off one by one in Race 3 just felt unbelievable with their experience and career history, it really boosted my confidence. The Honda team has been amazing and I absolutely love the new team environment and working with all the guys. 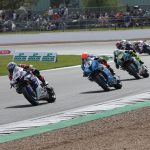 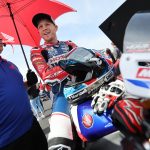 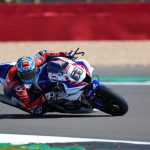 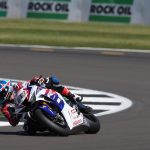