Tom Neave enjoyed a solid weekend at the eighth round of the Pirelli National Superstock Championship at Silverstone’s National Circuit, where a fifth and second place finish keeps his championship hopes on-track with a 22-point lead.

Finishing fifth fastest on the combined times on Friday, Saturday’s morning qualifying was a frantic session with 41 bikes on track in the busy Superstock class. Struggling to get a clear track and passing through pit lane three times, unsuccessfully, to try for a clear lap, Tom qualified 16th for the opening race.

Knowing the 22-lap race wasn’t going to be easy, Tom quickly set about picking off his Superstock rivals as soon as the lights went out. Making up places lap by lap, Tom eventually crossed the line fifth, having made up an impressive 11 places. Setting the fastest time on lap four (54.673) he claimed Pole Position for Sunday’s race.

With a hungry pack behind him, Tom lined up in Pole Position for the final race of the weekend and it was clear his rivals weren’t going to make it an easy 22 laps. Keeping the chasing pack at bay for the majority of the race, but it was during the final stages where Alex Olsen was able to catch him.

With Tom quicker in some sections and Alex in others, it was a tense battle to the line with Tom taking the runner-up spot 0.326s behind Alex. The results from the weekend keep Tom in the top spot of the overall standings with 194 points, 22 points ahead of Billy McConnell in second place.

The ninth round of the series takes place in over a weeks’ time, with the paddock returning to Cheshire’s Oulton Park circuit, which hosted the opening round of the 2021 season in June.

Race 1: 5th | Race 2: 2nd
“It’s been a bit of a tricky weekend and not really the weekend I anticipated. There was 50 points up for grabs and we’ve not had a win and we’ve only lost two points of our championship lead, so really in the grand scheme of things we’re in a really good position. We salvaged solid points and we’ve kept focus all weekend, if a bad weekend is only losing two points then we’ve done a good job! There’s still a long way to go, and I feel sometimes it’s important to have a testing weekend to keep us on our toes, keep focused and motivated. A massive thank you to the team and everyone supporting me!” 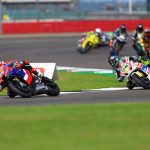 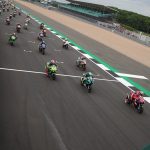 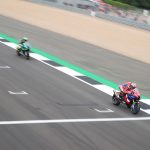