Tom Neave took a sensational win at Cadwell Park at the weekend during the sixth round of the 2021 Pirelli National Superstock series, promoting himself to the top of the overall championship standings with the Honda Fireblade.

Leading the pack all weekend, Tom showed his local knowledge would be a force to be reckoned with as he headed up both free practice sessions on Friday. During Saturday’s qualifying Tom raised the bar setting an unofficial lap record for pole position with an incredible lap time of 1:27.656, (1:28.290 is the National Superstock race lap record).

Heading into Sunday’s race, Tom was confident his knowledge of the track would pay dividends in the race, despite the changeable weather. Tom had just regained the lead on lap three after dropping back at the start when the 15-lap race was red-flagged with rain falling in the fourth lap. After a quick decision by Race Control, the restart was re-scheduled for a 10-lap sprint, declared as a wet race, and the grid was determined by the results at the end of lap three.

Starting from Pole for the shortened race, Tom lost out at the start and had to fight back from fifth at the end of the first lap. By mid-race, Tom had picked off his Superstock rivals to reach a podium position. With just three laps to go, Tom bridged the gap to second and took first with a move on Alex Olsen at Park Corner with one lap to go. Stretching out the lead to cross the line in first, Tom took his debut Superstock 1000 win at his home circuit, while also breaking the championship tie with Alex and placing him at the top of the board with 138 points.

There is now a small break in back to back races before the Championship returns to action with Rounds 7 and 8 taking place at Snetterton on 3-5 September and Silverstone 10-12 September.

Race: 1st
“It’s been such a great weekend at Cadwell Park getting the clean sweep; topping the times in Free Practice 1 and 2, qualifying for pole in the 27s and winning the race. Everyone wanted a race, and it certainly was a race, we did it in style. It was a shame that the rain came down after the first start as I’d just nicely got into the lead and it was a bit sketchy in the opening laps after the restart. Once I got my head down though, I felt quicker than the riders ahead but the yellow flags stopped me from getting past earlier as I couldn’t overtake where I wanted to. I didn’t want a repeat of Donington, so I sat and bided my time and as soon as the yellows were in, I went straight to the front and kept that lead to the end. A perfect end to the weekend and I can go away really happy.” 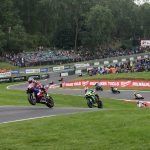 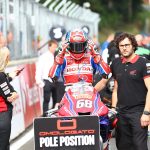 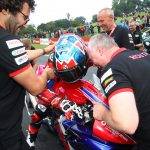 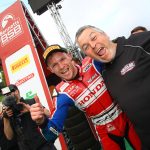 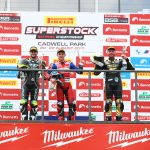