Thrilling Thruxton as Tom Neave returns to the podium

This weekend Tom Neave took his first podium of the 2021 season after an incredible second race in the Pirelli National Superstock Championship on Sunday, where he finished third aboard his Honda CBR1000RR-R Fireblade SP.

Returning to Thruxton in Hampshire, having not raced at the venue since 2019, the weekend was the first time the new Fireblade had raced at the 2.35-mile circuit, and with its fast and flowing nature, it’s a track the Honda Racing UK team anticipated would suit the CBR.

After Friday’s practice sessions Tom was sitting third fastest in the overall times and was quietly confident heading into Saturday’s qualifying and first race. Qualifying in sixth place, Tom had a good starting position for the 15-lap race. Although getting a good start off the line and enjoying a strong outing to take the chequered flag in fifth, Tom knew he had more in the tank and had held back in the early stages to preserve his tyres.

With lessons learnt and not content with Saturday’s result, Tom was fired up for Sunday’s race and had a podium finish firmly in his sights. Getting beaten up on the opening laps, Tom was down in tenth, but it wasn’t long until he had made his way back through the pack, and on lap seven (of 14), he was fourth and on a charge.

On the penultimate lap, Tom made his move into third place and managing to hold off Luke Mossey and Lewis Rollo, who also wanted a taste of the podium, Tom crossed the line to claim his first podium of the season in third place. The results from the weekend see Tom move into fifth place overall in the Superstock series with 68 points.

The next round of the Pirelli National Superstock Championship takes place on Friday 13 – Sunday 15 August, at Donington Park’s National Circuit, where in 2020 Tom set the Superstock lap record and took his first-ever win in the series, in what was the debut race for the Fireblade SP.

Race 1: 5th | Race 2: 3rd
“I think I’ve got the monkey off my back now; we’ve got our four bogey tracks out the way and some good tracks ahead of us where we had a lot of success at last year. I think this is just the start of getting back on top of riding that wave of success again. I needed a difficult race  to make me have a better race on Sunday, I learnt a lot from it and really needed that podium to be honest after the three rounds we’ve had. There’s still time to turn the championship around, there’s still a lot of races to go and I think we can get back to our winning ways!” 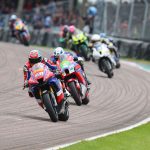 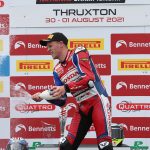 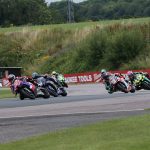 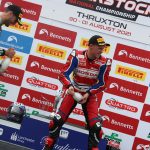 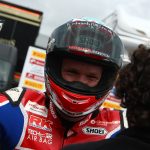