A mixed weekend for Tom Neave at Brands Hatch

It was a mixed weekend for Tom Neave at the third round of the Pirelli National Superstock Championship at Brands Hatch, where his results certainly didn’t reflect the progress made on-track.

Back to a three-day event format and with full attendance allowed at the Kent circuit the buzz for the series was back with fans returning trackside. Struggling to find a comfortable setting during Friday’s practice sessions Tom was 20th at the end of the day on combined times.

For Saturday’s Qualifying track conditions were mixed and sitting second on the time sheets Tom’s grid position for Race 1 was looking hopeful. But with minutes left on the clock his Superstock rivals made a last-minute tyre change dash, which knocked Tom off the front row and into 12th place on the grid for the opening race.

With 15 laps of the GP circuit ahead of him and down in 12th place, Tom knew he had some work to do for the first race, and off the line it didn’t quite go to plan. Pushed back to 13th, Tom was then involved in a battle with Luke Hedger, who both had the pace to push on and work through the pack.

Making up places, Tom had broken into the top-10 in the closing stages and it was on the final laps where a three-way fight between Tom, his brother Tim and 2020 champion Chrissy Rouse began. Managing to fend off Chrissy, after Tim was pushed wide and crashed out of the running, Tom came home eighth aboard his Fireblade machine.

Even though Tom’s ideal lap times in Race 1 would have seen him running fourth, he was 12th again on the grid for Sunday’s Race 2. Off the line Tom was pushed further back after contact with another rider and now in 16th place there was some work to do in order to move up the field.

However, with his head down Tom started to pick off his rivals and made his way through an amazing nine places to take the chequered flag in sixth place, scoring more valuable points towards his championship challenge.

This weekend (30 July – 1 August) the championship returns to Thruxton in Hampshire, where teams and riders haven’t raced at since 2019 due to the restricted calendar last year.

Race 1: 8th  |  Race 2: 6th
“It was a weird weekend where the progress we made really didn’t reflect in the end results. The bike was great, and the team helped me to get comfortable and improve after struggling with set-up earlier in the weekend. However, the limiting factor was in myself. The races have highlighted that I really need to work on my qualifying lap to give me a better start position. I made it so difficult for myself qualifying 12th, and after being hit on lap one I was pushed down to 16th place and fought through to finish seventh. On paper I had the pace to fight for the podium in today’s race. We will work on this next week at Thruxton and I’m positive we can be back at the front.” 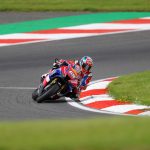 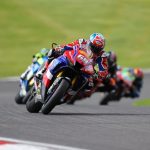 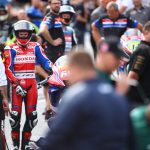 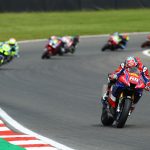