This weekend (25-27 June) Tom will be back in action with Honda Racing UK as Round 1 of the 2021 Pirelli National Superstock Championship takes place at Oulton Park in Cheshire.

Aboard the race winning Honda CBR1000RR-R Fireblade SP, Tom will be looking to repeat the success he had last season where he scored the most race wins across the Superstock class but narrowly missed out on claiming the title to finish runner-up.

Over the winter both Tom and the Honda Racing UK team have been hard at work developing the machine after gathering all the data and learnings from 2020. During last season, on what then was a brand-new machine, Tom impressed during the Fireblade’s debut Superstock race to win at Donington Park, as well as scoring a new lap record at the National Circuit.

Pre-season testing has been a mixed bag for the Lincolnshire-lad, who had to have knee surgery in the early Spring after picking up a small injury, and was forced to miss the two opening tests at Silverstone and Snetterton. Now having recovered from the surgery and with the teams’ hard work over the winter, Tom is ready to get on track this weekend and start his 2021 campaign in the National Superstock class.

Tom Neave #68:
Pre-season has been a bit mixed for me with missing a few tests due to my knee and having to have that operation so close to things kicking off. Normally you get everything sorted just after the season finishes so you can have the winter to recover, so that wasn’t too ideal this year. But I like to think I’ve now moved on from that and taken the next steps ready for the start of the season. After last year we re-evaluated where both me and the Fireblade can be stronger, making a few tweaks to the machine to be more competitive. I’d like to thank the team for all their hard work over the off-season and making the changes I felt were needed moving into this year, now it’s down to me at the racetracks and I hope I can repay them for all their hard work. I’d also like to thank my sponsors for their continued support, last year was an amazing year and I hope we can have the same success this season but with one change and for it to be me lifting the title trophy at the end of the year! 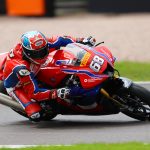 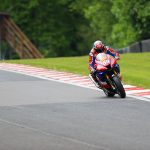 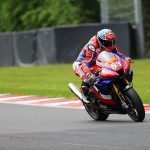 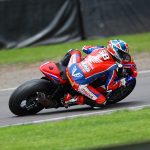